OSHCstudents – In an emergency, you might need an ambulance. As the cost of ambulance varies across the states of Australia, knowing the cost of each state can help you be prepared beforehand. 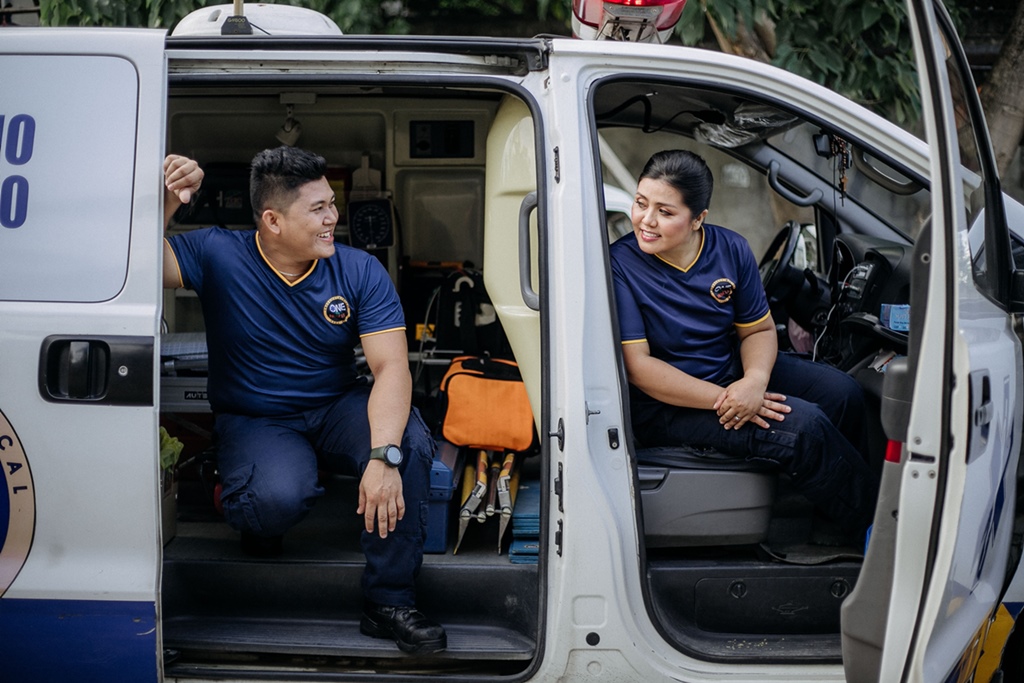 There’s no way to predict when you or a loved one might need to call an ambulance.

When that time comes, the last thing you need is the stress of a hefty bill that could leave you thousands of dollars out of pocket.

Medicare doesn’t cover the cost of ambulance or emergency transport, which can leave people facing call out costs in some parts of Australia.

While Queensland and Tasmania provide free ambulance trips for their residents, Australians living in other states and territories have to pay unless they have ambulance cover as part of their private health insurance or pay for an annual ambulance subscription.

The majority of ambulance services across the country usually charge a flat rate with a capped per-kilometre fee when transporting patients from their pick-up destination to the respective hospital.

If you are travelling interstate and are unfortunate enough to need to call an ambulance, fees and charges vary depending on your home state.

Tasmania has reciprocal agreements with all states except South Australia and Queensland while Queensland residents are covered for ambulance services whether they are in or out of their home state.

This is what you need to know about ambulance costs in each state.

Residents in New South Wales pay 51 per cent of the cost of ambulance services with the State Government subsidising the rest of the bill, according to NSW Ambulance.

Residents who need road, fixed wing aircraft or helicopter emergency transport face a $407 call out fee and a travel rate of $3.67 per km. This includes the trip from the ambulance station to the pick up address, to a public hospital or another destination nomination by NSW Ambulance.

Holders of some health care cards may be eligible for free ambulance services, including:

If you live in Queensland the good news is there is no cost if you need to call an ambulance. The State Government provides a free service for residents in the state and also covers the cost of emergency transport while travelling interstate.

To claim on an interstate trip, Queenslanders can just send the invoice to the Queensland Ambulance Service (QAS) and they’ll cover the payment.

South Australians in need of an ambulance will be left $1,064 out of pocket for an emergency call out – plus an extra $6.10 per kilometre travelled.

For a non-emergency call out, South Australians can expect to foot a $237 call out fee and also the $6.10 additional fee per kilometre.

Even if you only need treatment and don’t need to be transported to hospital, you can expect to only pay the $237 call out fee.

The hefty fees are based on the types of services provided to the patient which includes paramedics attending the scene and driving them to or from a hospital.

A family subscription will set you back $179 or $211.50 Australia-wide for emergency and non-emergency ambulance transport.

The rate for a single pensioner that holds a SA Pension concession card starts at $54.50.

Western Australians will be charged with a bill for calling an emergency ambulance o $549 for a non-urgent call.

Residents who are over 65 and receive a government pension are entitled to free ambulance services in Western Australia.

But if you’re over 65 and don’t receive a government pension a 50 per cent discount will be taken off the cost of ambulance services.

Alternatively, Country Ambulance Cover is available with St John Ambulance Cover WA with prices starting from $58 for a single person and $96 for a family of two adults and any children under 18-years-old if they live south of the 26th parallel that includes all Perth Metropolitan areas.

If you’re an ACT resident, you can expect to receive a $1,000 fee for an emergency ambulance service that includes treatment and transport.

But once the vehicle travels outside the ACT, an extra $14 for every kilometre travelled will be added to the bill.

When someone calls an emergency ambulance and only receives treatment such as first aid or is administered medication an additional $693 fee will also be included.

If you hold an aged pension or health care concession card you may be entitled to free ambulance services within the ACT.

Tasmanians are one of the lucky states as emergency services are covered by the state government to any residents requiring transport or treatment by ambulance.

If any residents visit the mainland, emergency ambulance costs will be also be waived in New South Wales, Victoria, ACT, Western Australia and the Northern Territory.

However, if residents or even pensioners visit South Australia or Queensland and require an ambulance they will be personally responsible to cover any costs.

Ambulance cost in the Northern Territory

The cost of an emergency ambulance will set residents back $815 followed by a $5.25 fee for every kilometre travelled greater than 10 km.

But residents in the Northern Territory can avoid paying hefty ambulance fees by getting coverage from a private health fund or becoming a St John Ambulance member.

A one year St John Ambulance subscription provides free emergency transport in ACT, NSW, TAS and WA for only $110 for a single person.

Anyone who holds a Centrelink Pensioner concession card, Health care card or Veterans Affairs Card may also be entitled to free ambulance transport.

Victorians have the option to purchase an annual Ambulance Victoria Membership that provides “protection against the cost of world class emergency treatment and transport services,” according to Ambulance Victoria.

A one-year family membership can set Victorians back $98.15 and a single membership costs $49.08.

The membership has no affiliation with private health insurers, so it’s important to check your policy to confirm what you’re covered for, even if they offer ambulance cover.

You are international students or foreigners arrive to Australia, or Australian citizens traveling abroad who are looking for OSHC, OVHC, travel insurance, please contact OSHCstudents Team at email: info@oshcstudents.com and our partners for further information and assistance. 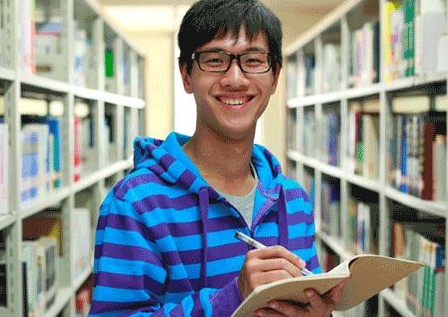 HOW TO CALCULATE OSHC LENGTH??

OSHCstudents - Your Overseas Student Health Cover (OSHC) must cover the full period of your visa. Your student visa can be granted up to the maximum duration outlined as below. 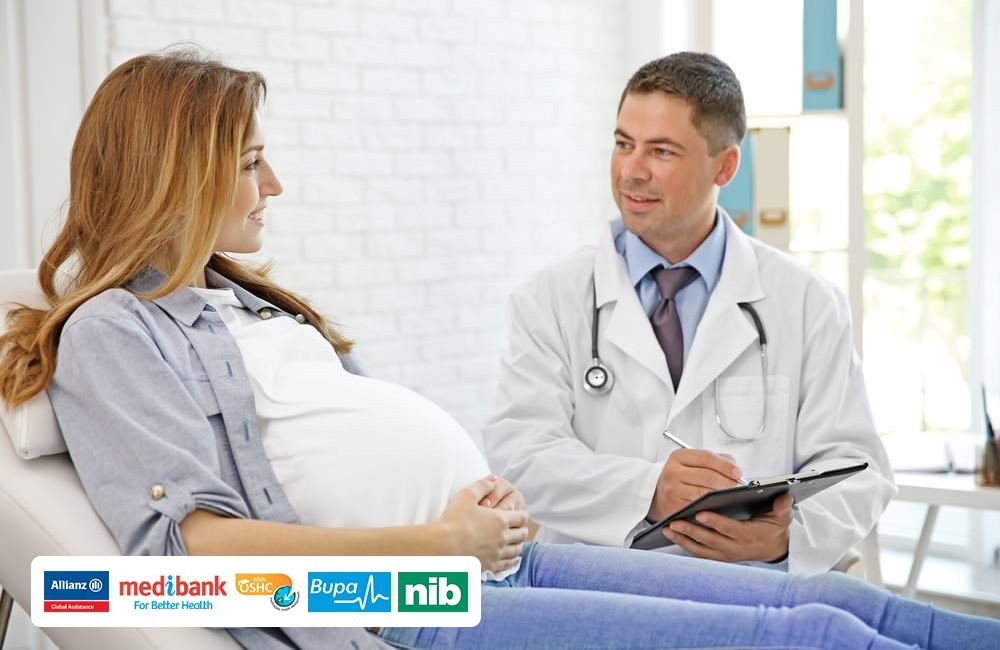 OSHCstudents - As an International Student, you need OSHC (Overseas Student Health Cover) to meet the costs of medical and hospital care that they may need while in Australia. ...

Help you find the most affordable OSHC plan 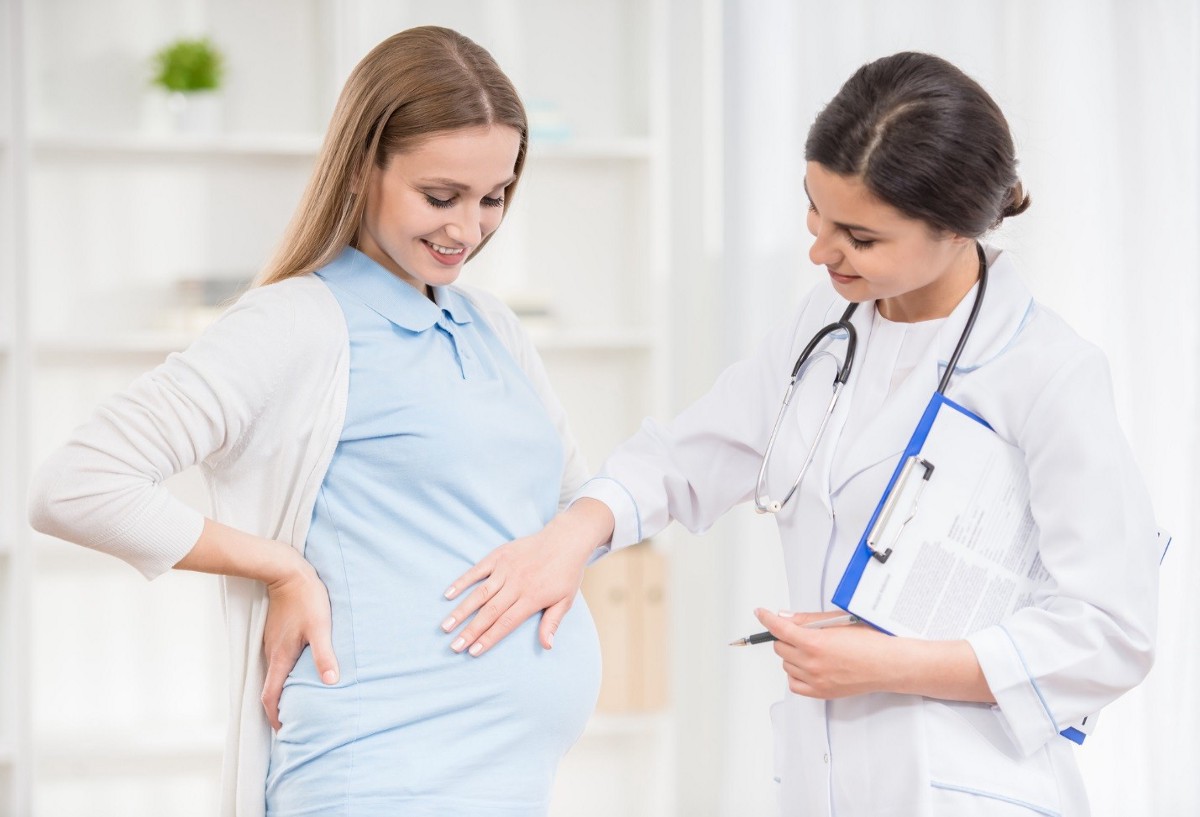 If you are pregnant or planning to become pregnant when you are studying in Australia, you might wonder which benefits and support services from OSHC are available to you 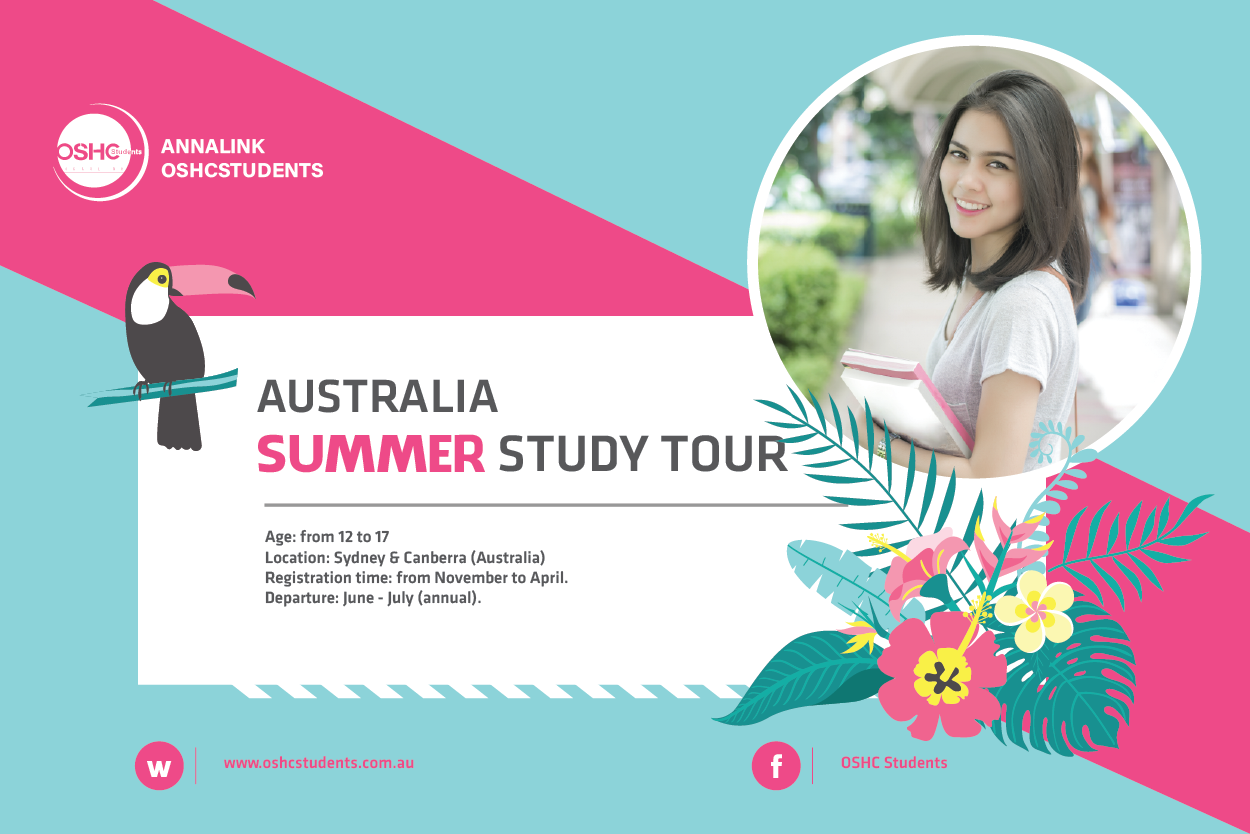 Summer study tour 2019 - AnnaLink OSHCstudents is a program for international students at the age from 12-17. Students will experience high quality English class, visit top university in Sydney and a lot of exciting attractions... in 2 weeks of Summer Occasion. 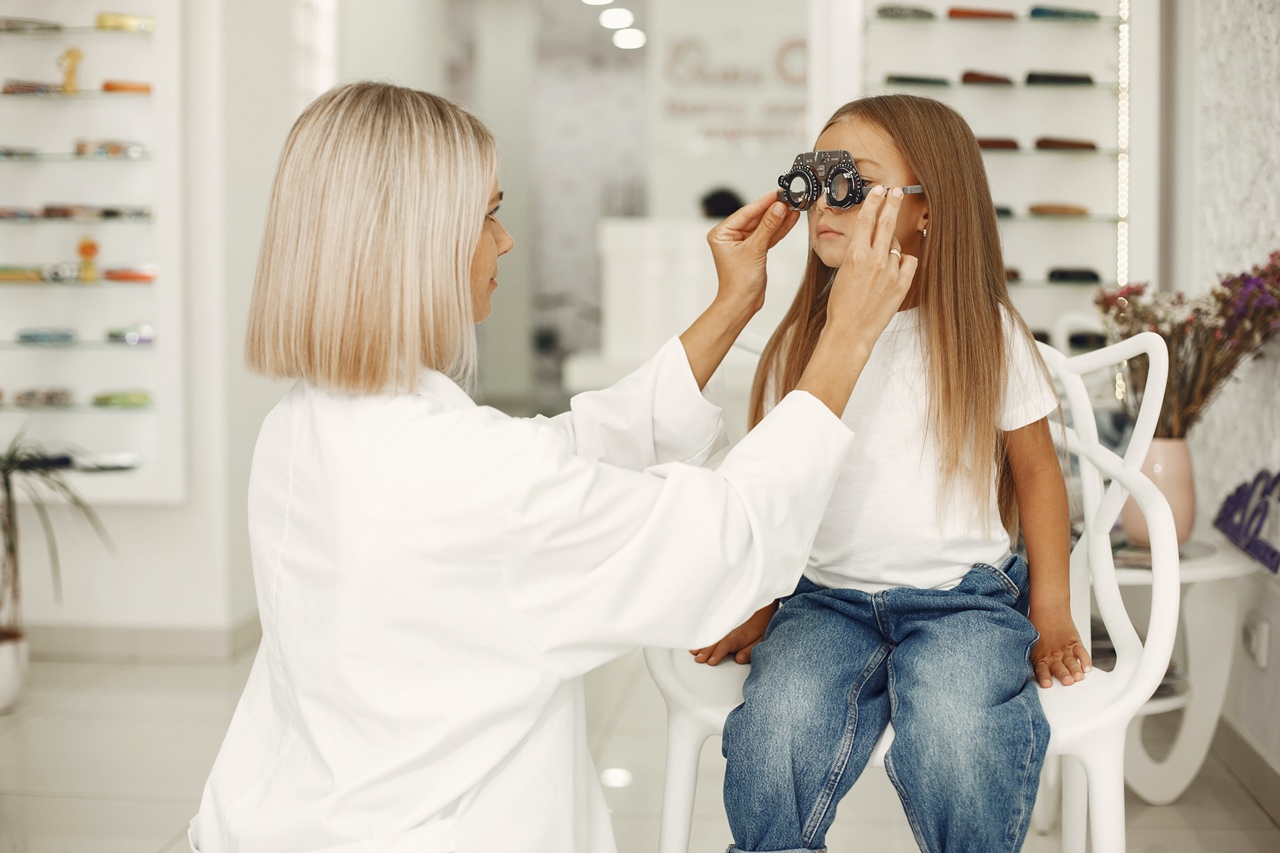 Extras cover for international students and visitors to Australia

OSHCstudent- Extras cover is a type of health insurance that covers a range of services that aren’t included under the OSHC/OVHC scheme. If you purchase an extras policy, you’ll pay regular premiums to be covered for the services listed in your policy. These services are typically subject to annual and lifetime limits.

How much does specialist charge?

OSHCstudents - Find out what costs might be involved in a specialist appointment, who will pay, and how much is covered by your private insurance. 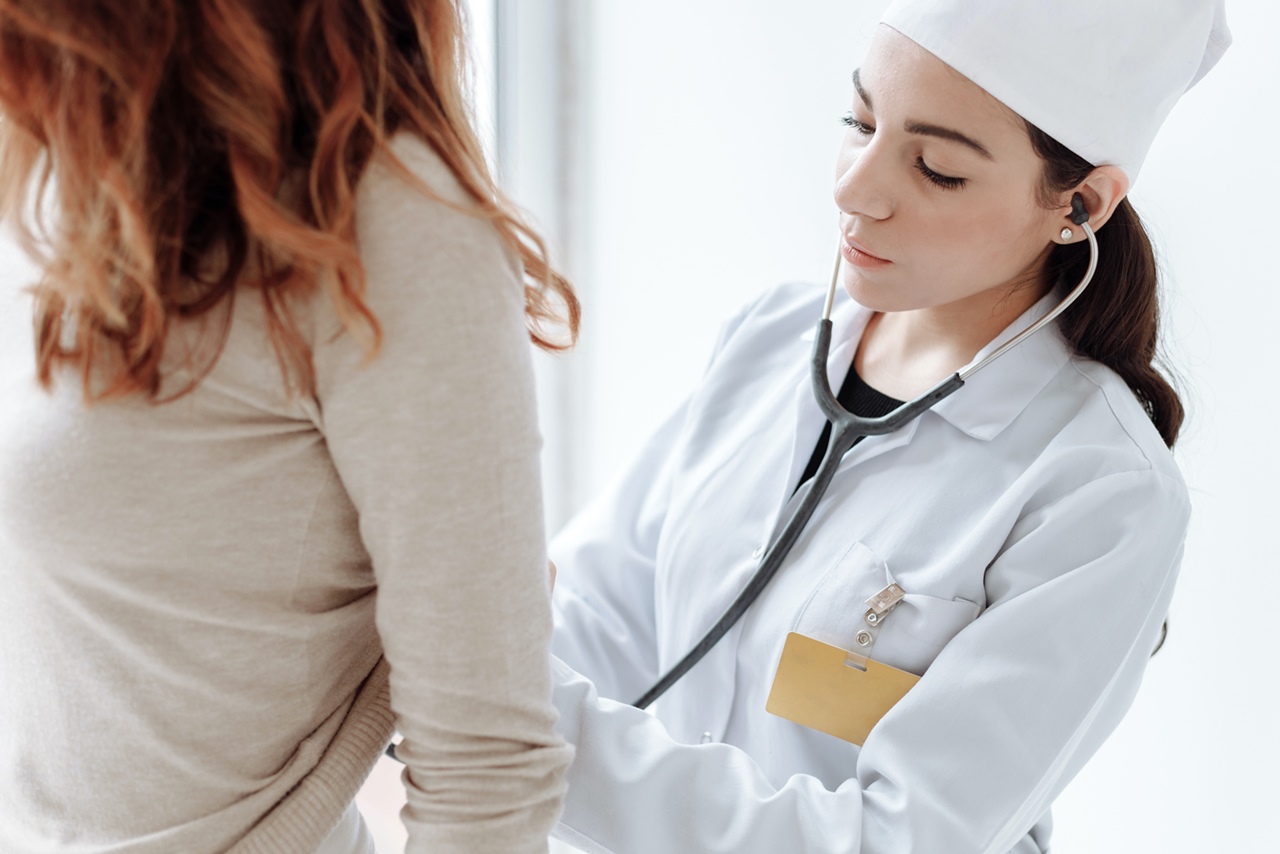 OSHCstudents - If you’re planning to visit a specialist, see all things you need to know about a specialist to best prepare for your appointment. 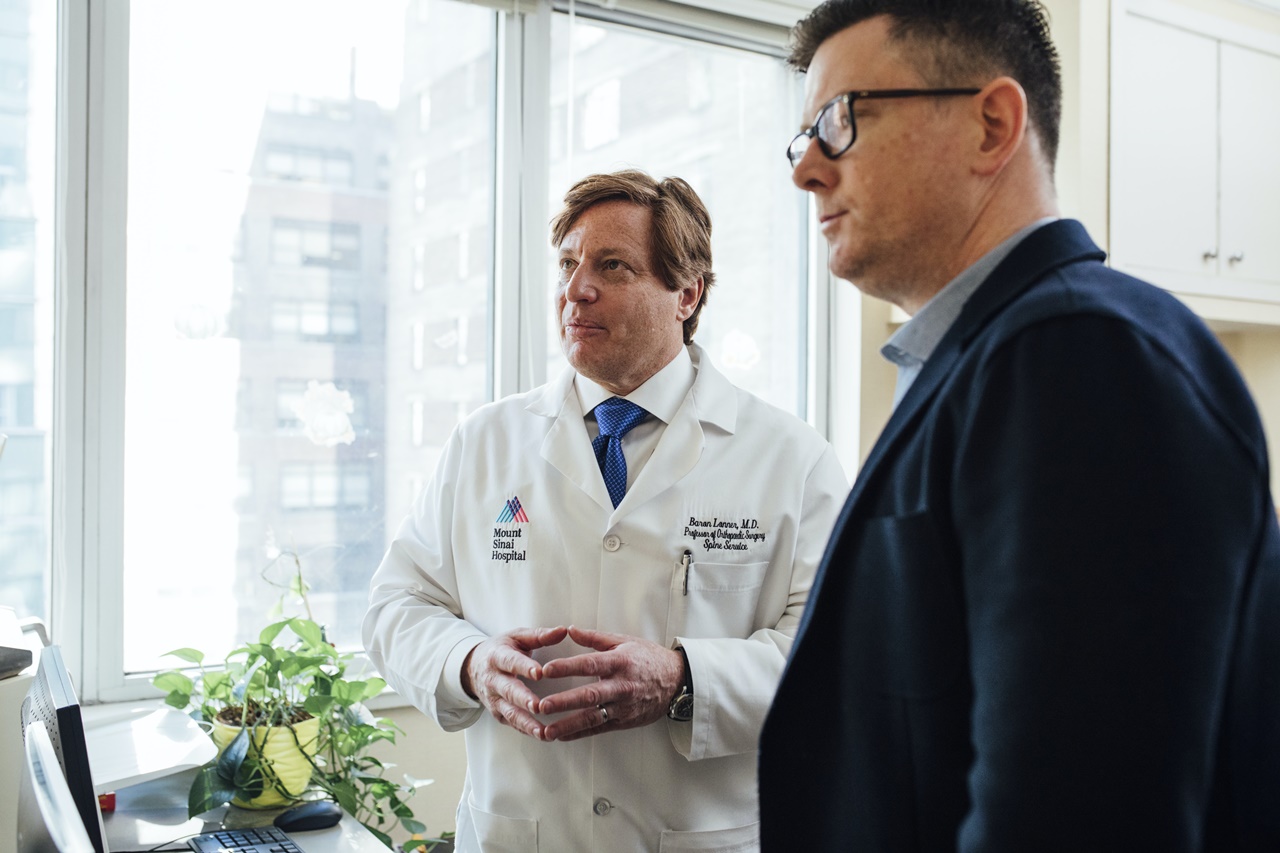 Best tips to choose a GP

OSHCstudents - If you’re seeking treatment for a physical or mental health concern, a general practitioner is likely your first point of contact. They help everyone from newborns to older adults. When choosing a GP, it is important to consider the following points. 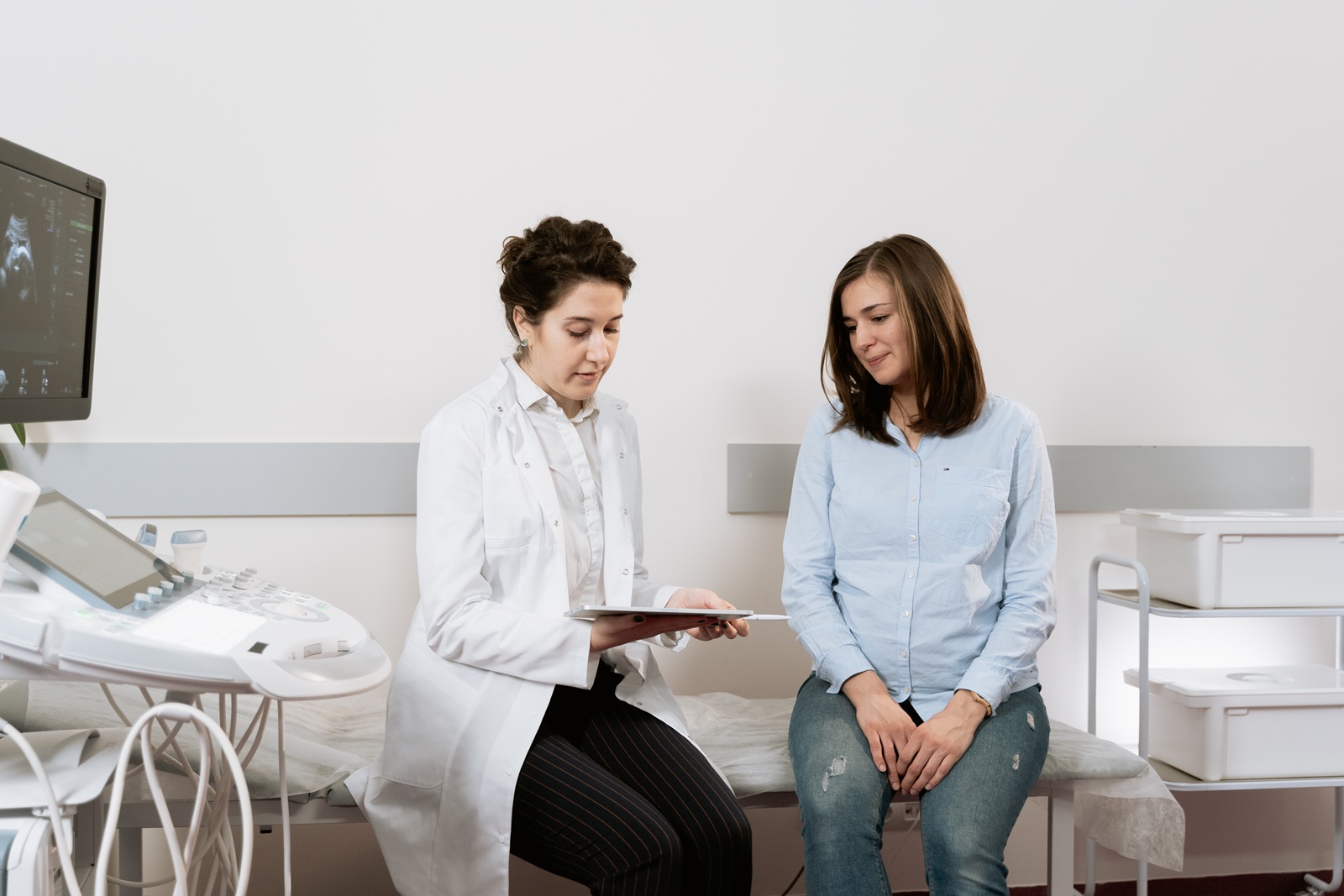 What to do when it’s not an emergency?

OSHCstudents - If you get sick, and it’s not an emergency, your general practitioner or ‘GP’ is often your first point of contact. Let’s take a look at how to find a GP, understand what a consultation can include, as well as what it might cost you.

How to prepare for an emergency?

OSHCstudents - A medical emergency could happen to you or your family at any time. Being prepared can help you to know what to do, if you or someone around you, needs urgent medical assistance. 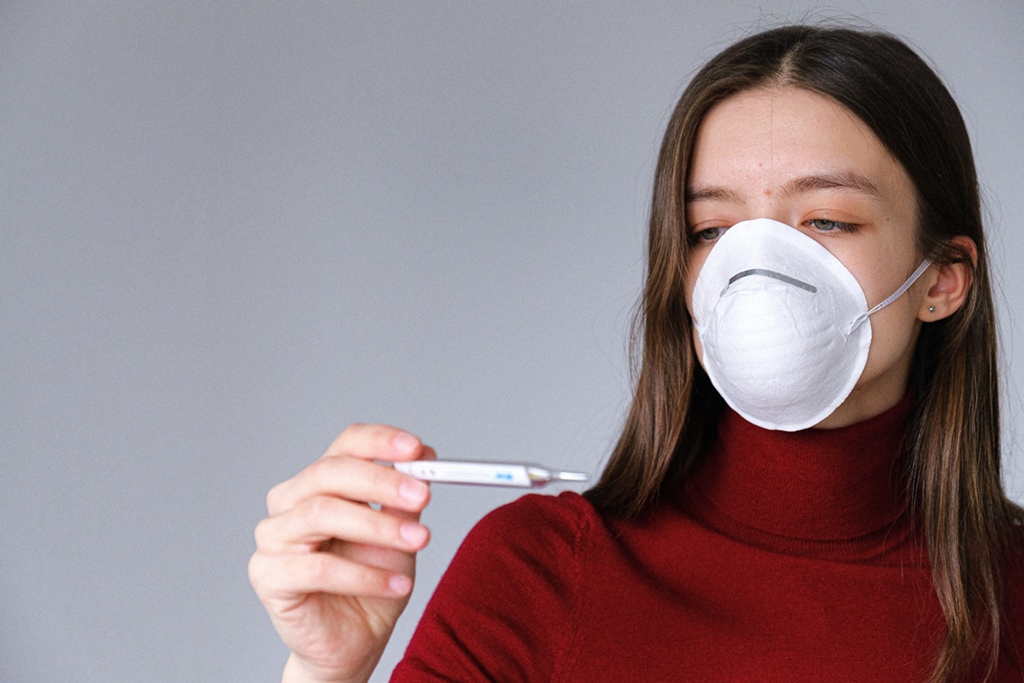 What should I do when I feel sick?

OSHCstudents - Feeling unwell? Find out where to go, who to call, and what your options are when you or your family are sick.

How to claim your hospital payment

OSHCstudents - After your hospital stay, there’s often lots of paperwork and costs to work through. We’ll take a look at what the paperwork means, and how to navigate the claims process for private health insurance.

I trust Allianz Care since it is one of the largest insurance companies in Australia, with the medical centres where I only have to pay for what is left from insurance support. (no need to claim later). Besides, those centres are located at the centre of the city, close to schools. Very convenient, right? Credits to Allianz Care for providing reliable medical centres for health check and treatments.

I’ve been living with homestay family for 2 years. I’m now 19, I can move out but I don’t want to leave my host, who has become my family. It feels like I’ve met my second family. Thanks OSHCstudents for sending me to this homestay!

I realised how important insurance was when I started living in Australia. There I switched to using Allianz Care instead of the previous service. Allianz Care is extraordinarily good in its consulting service and customer care. I’ve learned a lot about Australian health care, also I was consulted with mental issues and how to live a healthy lifestyle. I am very happy now.

Having lived in Australia for 2 years, I’ve been reliant on AHM OSHC to pay for my health care, which supports me for other expenses. Last year, I sent my claim requests for several times and always received the claims within two days. Everything is easy, fast and simple.

Thanks to Allianz Care, every time I claimed my medical receipts it processed much more quickly and easily than I expected. I was initially a bit concerned since Allianz Care is more expensive than other insurance companies, but now I can ensure that it is totally worth the money.

My homestay was very comfortable and convenient. My host was really kind. He showed me where to shop, which buses to catch, where the nearest train station is, to get off at which station so that I wouldn’t be taken to another suburb. Travelling was easy since the place was close to public transports. It only took 30 minutes to get to my college, actually I could go anywhere easily!

When told that I was going to live with an Italian family, I was pretty nervous and doubted whether or not they could speak English well as the local people? Yet it was no longer a problem when I saw them. They knew the problems of people who first came to Australia and always tried to help me. I learned so many things about both Australian and Italian culture and enjoyed tasty Italian meals every time. Awesome!